Robert Ainsworth, my great-great grandfather, was born in 1838 in Liverpool. Following in the footsteps of his father and grandfather, he was a shipwright, plying his trade on the banks of the River Mersey. 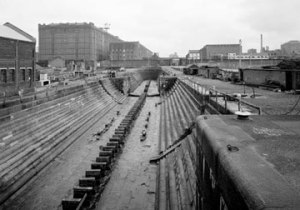 On 19th January 1878, Robert was carrying out his work when a man suddenly fell overboard after apparently suffering from a seizure. Without thinking of his own safety, Robert jumped into the water of the Clarence Dock and managed to rescue the man. He was commended for his bravery and received a £1 reward.