During the course of researching my family history, I have discovered numerous men who fought, and often died, during the First World War. Reading their war service records can, on occasion, be quite harrowing but, every now and then, something slightly out of the ordinary crops up. This was the case with my grandfather’s cousin, John Greenwood. 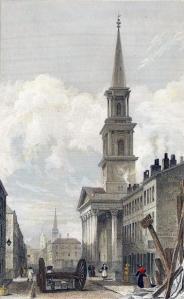 John, the eldest son of Samuel and Martha Greenwood (nee Ainsworth) was born in Liverpool, probably at 23 Cornwallis Street, on 21st July 1893. Baptised less than two months later, at St. Michael’s, the same church where his parents married, he would spend his early life at Cornwallis Street and later at nearby Bailey Street. Like so many of his family before him, he made a career in the shipping industry, becoming a shipping office clerk.

This would all change, however, with the outbreak of war. In September 1914, John reveived a notice to enlist in the armed forces. He initially signed up for three years although, if the war was to last longer, he would continue to serve until its cessation. On September 9th 1914, John was declared fit to join the Royal Army Medical Corps, joining the 45th Field Ambulance. The Field Ambulance, a mobile medical unit, was responsible for the care of the casualties of the division they were attached to and were often overstretched due to the sheer number of wounded soldiers.

Despite the atrocities that were witnessed, life for the 45th Field Ambulance seemed acceptable. War diaries for the unit in the early years of the war rarely discuss casualties but instead discuss everyday life. On December 20th 1915, whilst stationed at Allouagne, northern France, the following is recorded:

Infantry do not take as much advantage of bathing facilities as might be expected. Wrote to brigade major on this subject.

There was also some concern over the Christmas /new year period as it was discovered that some of the Allouagne householders were selling rum and other drinks to the troops. On January 1st 1916, however, the diary records:

Not a single case of drunkenness in the unit from new year’s eve celebrations.

John Greenwood was successful at his job and had a perfect disciplinary record, being described as very steady, capable and reliable. This led to him quickly rising up the ranks, becoming a corporal on November 20th 1914 and a sergeant on February 20th 1915, It was during his time as sergeant that an event happened that would change his participation in the war.

On 16th November 1916, whilst on rest from the trenches in Baizieux, John Greenwood was playing football with some of his fellow soldiers. During the game, he was struck, accidentally, in the stomach by another player’s elbow causing immediate pain and vomiting which continued for four days. As there had been no improvement, he was taken to hospital in Rouen where he was diagnosed with “contusion abdomen”. 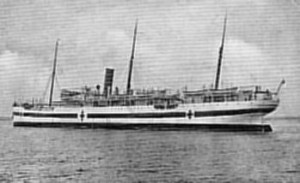 He remained in Rouen until being transported back to England on 1st December 1916 onboard HMHS Goorkha, a hospital ship containing 408 beds. The following day. John was admitted to No. 2 Southern General Hospital in Bristol  where he  was diagnosed with a perinephretic abscess, something which could have resulted in death if it hadn’t been discovered. The abscess was opened and drained and, after showing much improvement, he was declared fit for duty in one month.

John must have made some significant improvement as, on 28th June 1917, he was, once again, promoted – this time to the position of staff sergeant. This was a senior position in charge of man and resource management of around 120 soldiers. The war diaries show that events had now taken a dramatic turn and the 45th Field Ambulance were now extremely busy dealing with casualties. Stationed in Poperinge, about seven miles west of Ypres, the diary reports on June 30th 1917 that they were tending to 530 wounded men and were also taking in the sick of another nearby division.

By March 1918, however, John Greenwood had found himself back in hospital, this time at the Western General Hospital, Fazakerley, Liverpool, suffering from pyonephrosis, an infection of the renal collecting system. He remained here until March 14th when he was transferred to the Liverpool Royal Infirmary and diagnosed with a lobulated kidney. It was discovered that his kidney was tubercular and, as a result, on 5th April 1918, whilst in the Infirmary, his kidney and a portion of his 12th rib was removed.

Recovery was not swift and on 2nd May 1918, he was transferred to Woolton Auxiliary Hospital to convalesce, undergoing some minor operations whilst there. He finally left hospital on 15th January 1919, after the end of the First World War, and was discharged from the army as an invalid. His hospital days were not over, however, as he was expected to attend the Royal Infirmary as an outpatient.

During his time in the army, John was awarded with the Victory Medal and the 1915 Star.

Two years after being declared unfit for the army, John married Marjorie Ryder, a woman seven years his junior. They remained married until he died in the Northern Hospital, Liverpool on 3rd November 1950. He was cremated at Landican Crematorium.